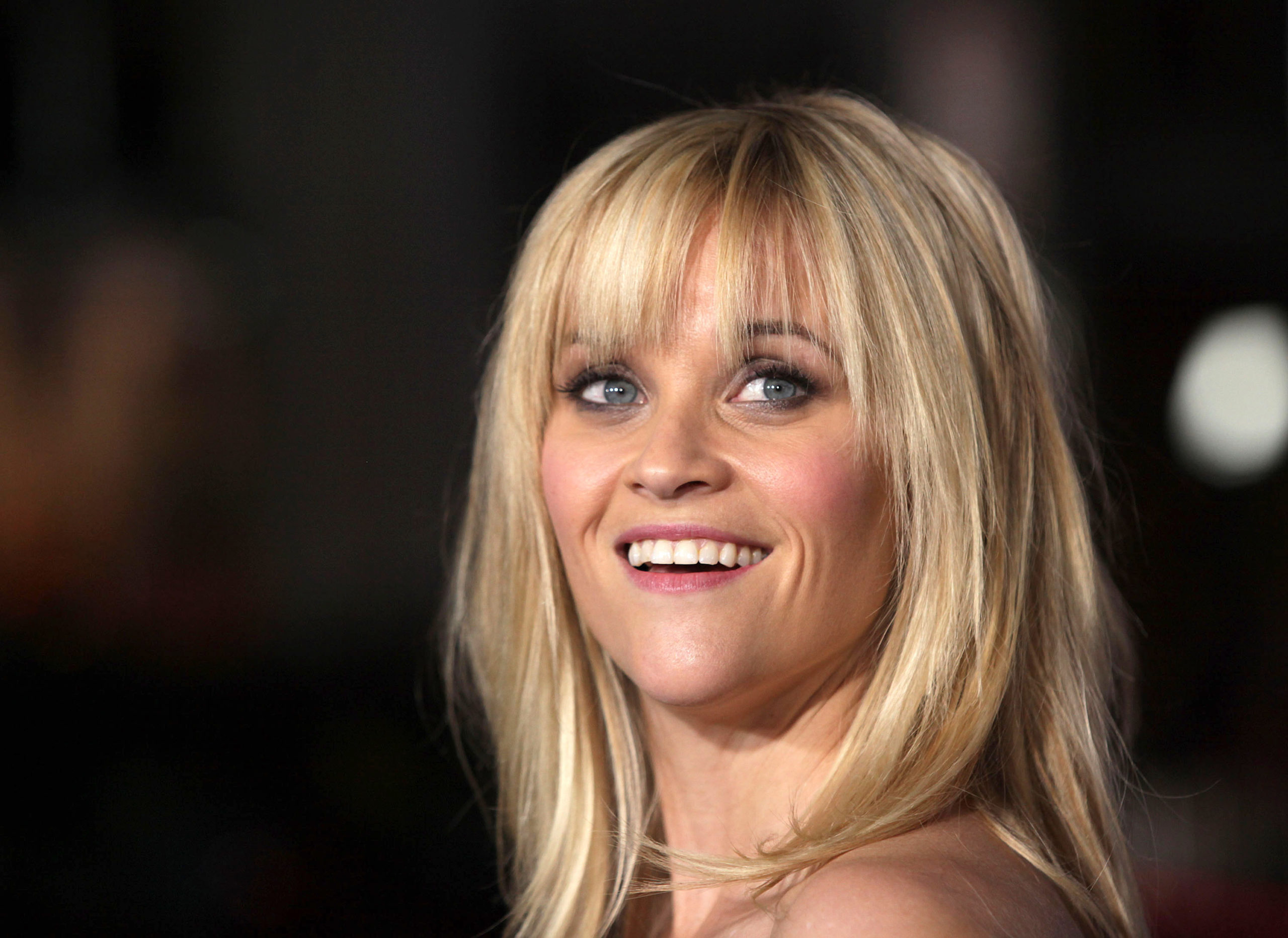 Triple-threat Reese Witherspoon brings clear eyes to the full heart of modern American entertainment. While her early Hollywood endeavors largely took place on film, in recent years, Witherspoon has also transformed the narrative for females — both on and off of the screen.

Witherspoon founded the media company Hello Sunshine to shed new light on intersectionality within female storytelling. Weaving the threads of community, film, television, and books, Witherspoon has created ties for females across the globe to share their truth. Her adaptations between the screen and the written word have proved themselves especially successful, bringing Big Little Lies, Little Fires Everywhere, and The Morning Show, among other hits, to life.

While some would solely celebrate the accomplishments of Witherspoon’s five-year-old Hello Sunshine, Witherspoon chose to look ahead towards the next five years and what it would mean for females in the entertainment empire moving forward.

As of early July 2021, Witherspoon began considering a sale for Hello Sunshine. By early August 2021, Witherspoon’s Hello Sunshine sold to a media venture to be run by former Walt Disney Co. executives and backed by Blackstone Group for approximately $900 million, according to initial reports by The Wall Street Journal.

Why is Hello Sunshine’s sale a step in the right direction?

In a society that is, to this day, reluctant to grant females the same rights and privileges as their male counterparts, locating valor to convey female stories remains ever-challenged. Just examine the disparities between the two industries that provide females narrative platforms: publishing and entertainment.

On the one hand, the diversity in publishing survey released by Lee & Low Books in 2019 highlighted that women made up 74% of the industry’s executives, editors, sales specialists, marketing & publicity teams, book reviewers, literary agents, and interns. Interestingly, as seen in The Atlantic, 80% of National Book Critics Circle nominees in 2019 for autobiographical pieces were written by female authors, as were 60% of fictional pieces, 40% of nonfiction pieces, 40% of biographical pieces, and 40% for poetic pieces.

On the other hand, the percentage of top-grossing films with female protagonists drastically decreased from 40% to 29% between 2019 and 2020, and in the top 100 grossing films at the time, women made up only 21% of directors, editors, executive producers, producers, and writers, according to the Center For The Study of Women in Television at California State University, San Diego.

Although Witherspoon and Hello Sunshine certainly do not carry the responsibility of Hollywood as a whole, the media sensation found a niche unlike any other entreprenista. By blending the strong female presence in publishing and lacking female representation in the entertainment industry, Witherspoon has begun expanding a more equitable path for future female storytellers. Still, as Hollywood slowly betters its female representation, countless industries leave room for the same improvement. That work is not just for those with star power —  it primarily lies in the hands of the greater public. 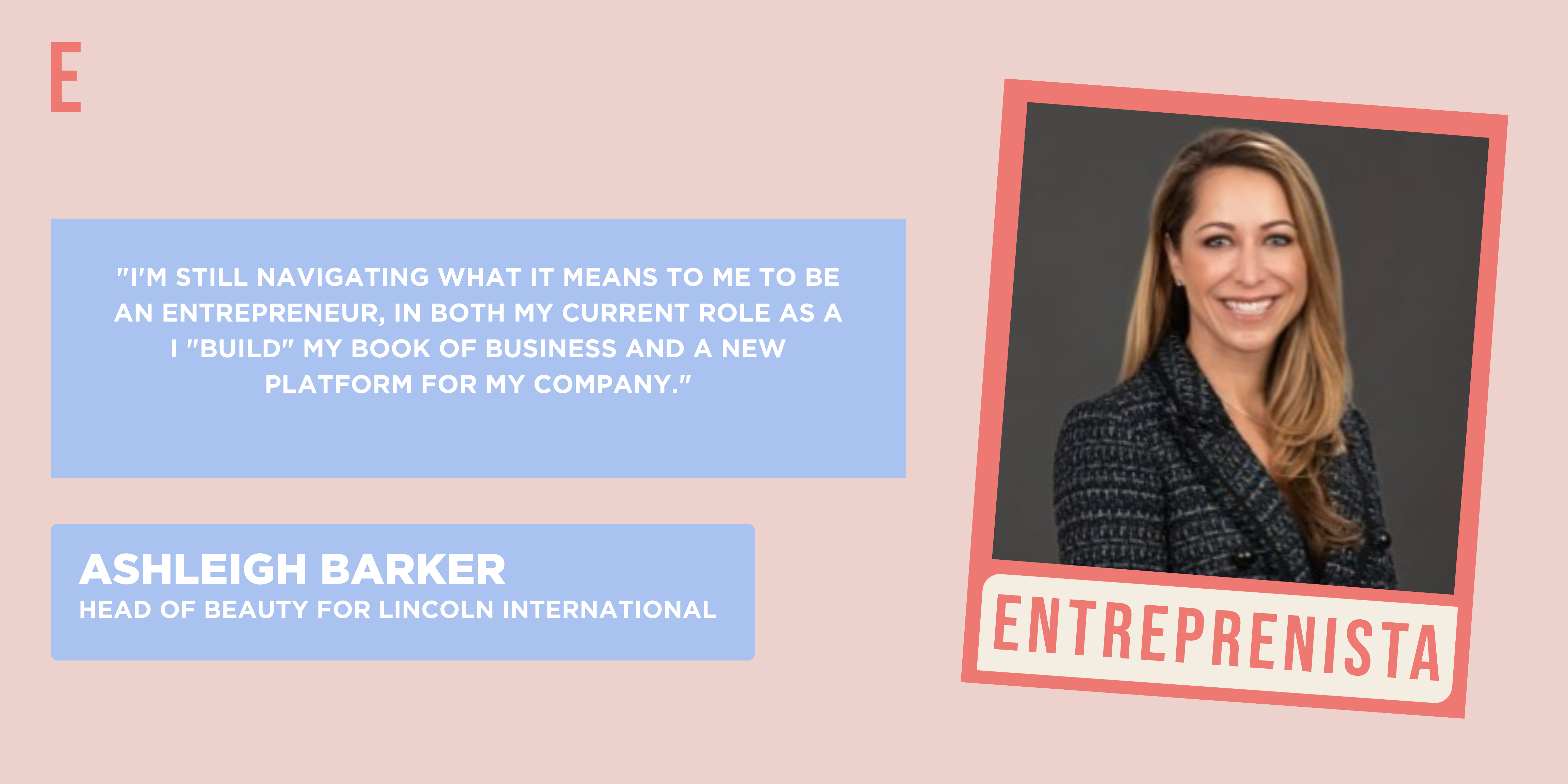 Ashleigh Barker, Head of Beauty for Lincoln International, on her unique Entreprenista journey

Describe your business in a few words: I am the Head of Beauty for Lincoln International, an investment banking platform that advises brands and management teams on growth capital fundraising and M&A advisory strategies. What was your background prior to starting your own business? I’m an M&A strategy, advisor and investment professional with both investment… 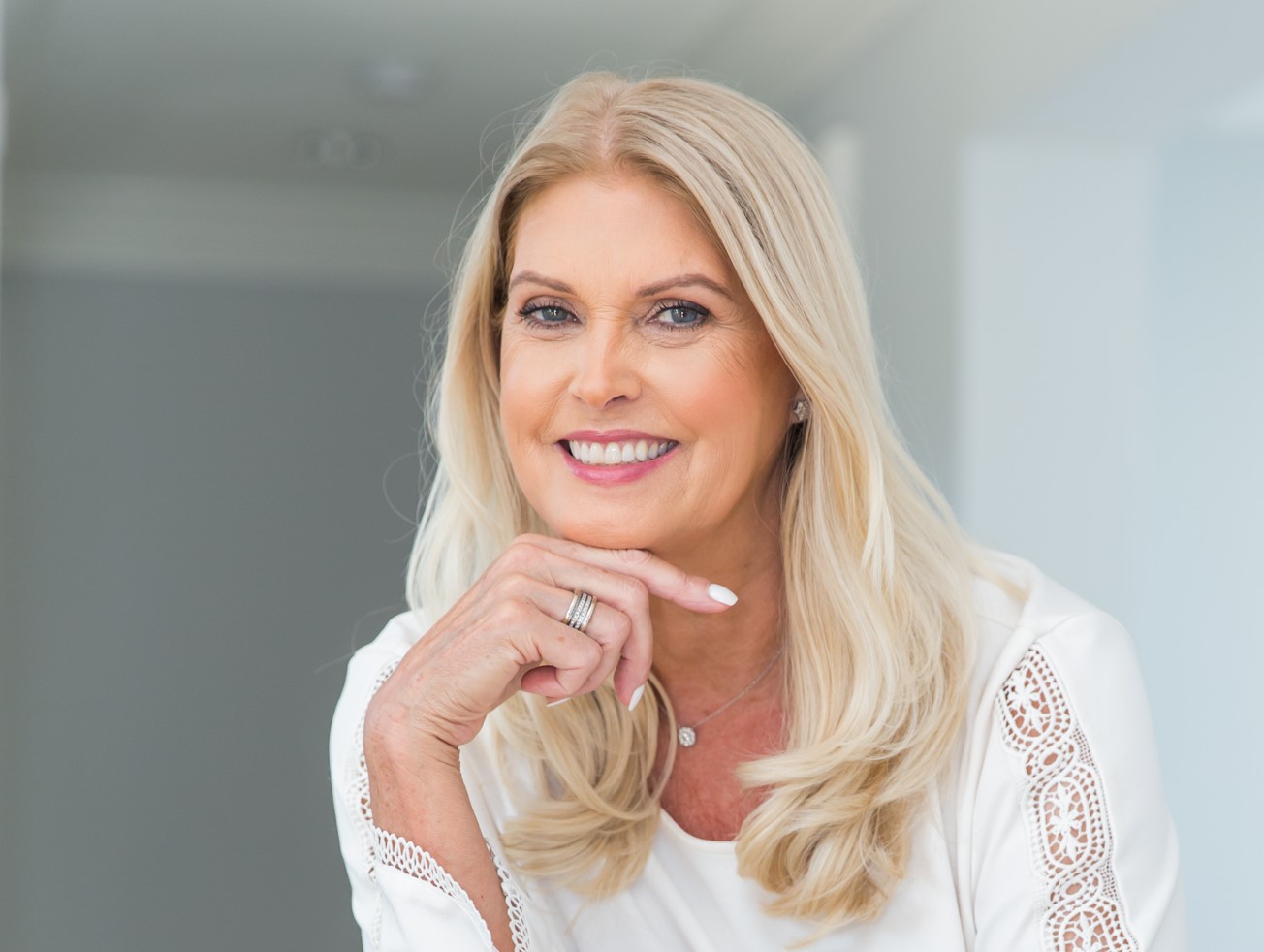 Brief description of your business: I offer professional publishing services with business strategy. I help you write, publish and market your non-fiction book that is aligned to your business and brand. We have a 5-phase system that does a lot of the work for you so all you have to do is show up with… 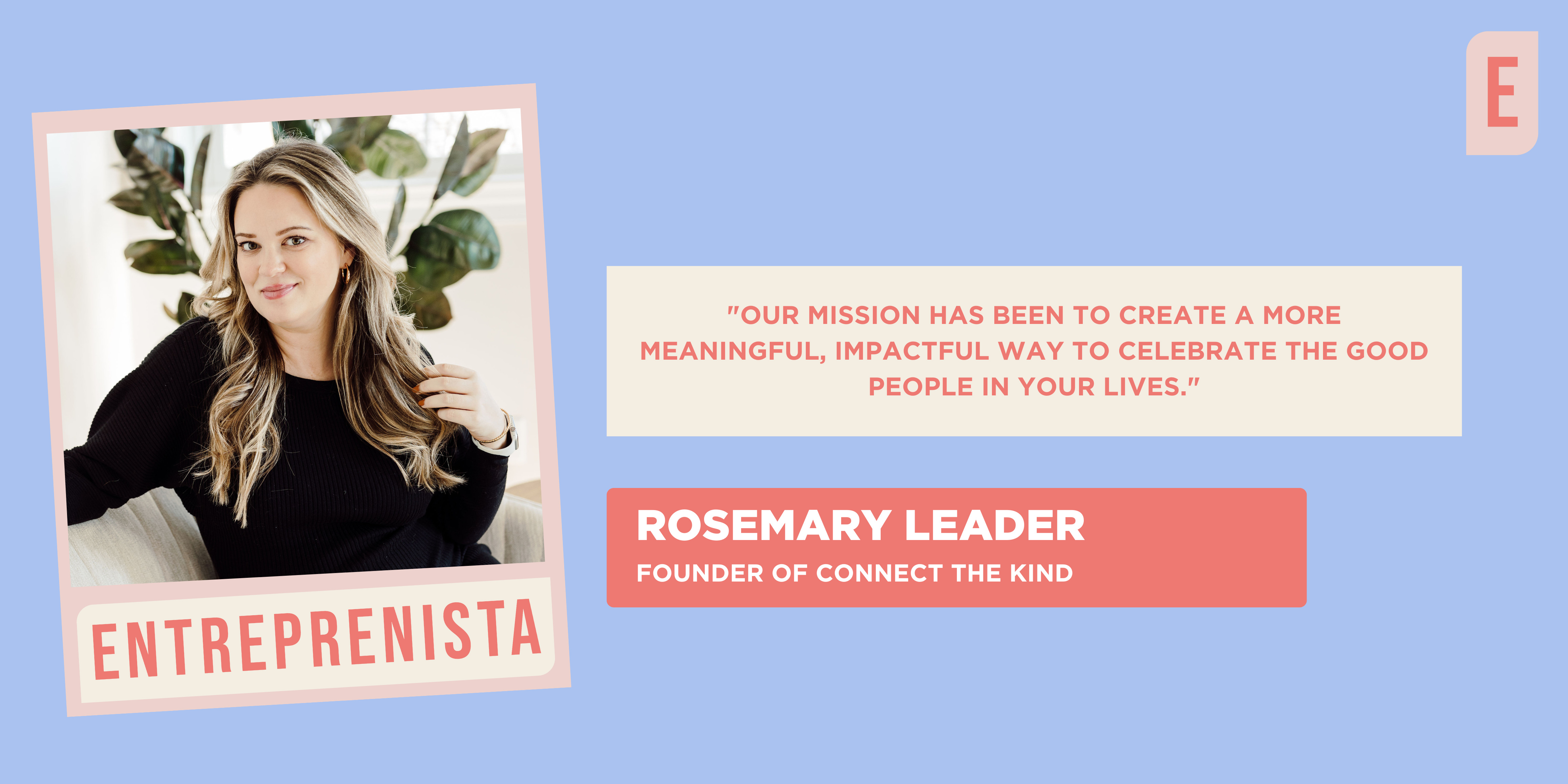 Rosemary Leader, Founder of Connect The Kind, has set out to change the way we gift

Describe your business in a few words: My name is Rosemary Leader, and I started Connect The Kind in December 2020. At Connect The Kind, we have set out to change the way people gift. Our mission has been to create a more meaningful, impactful way to celebrate the good people in your lives. We… 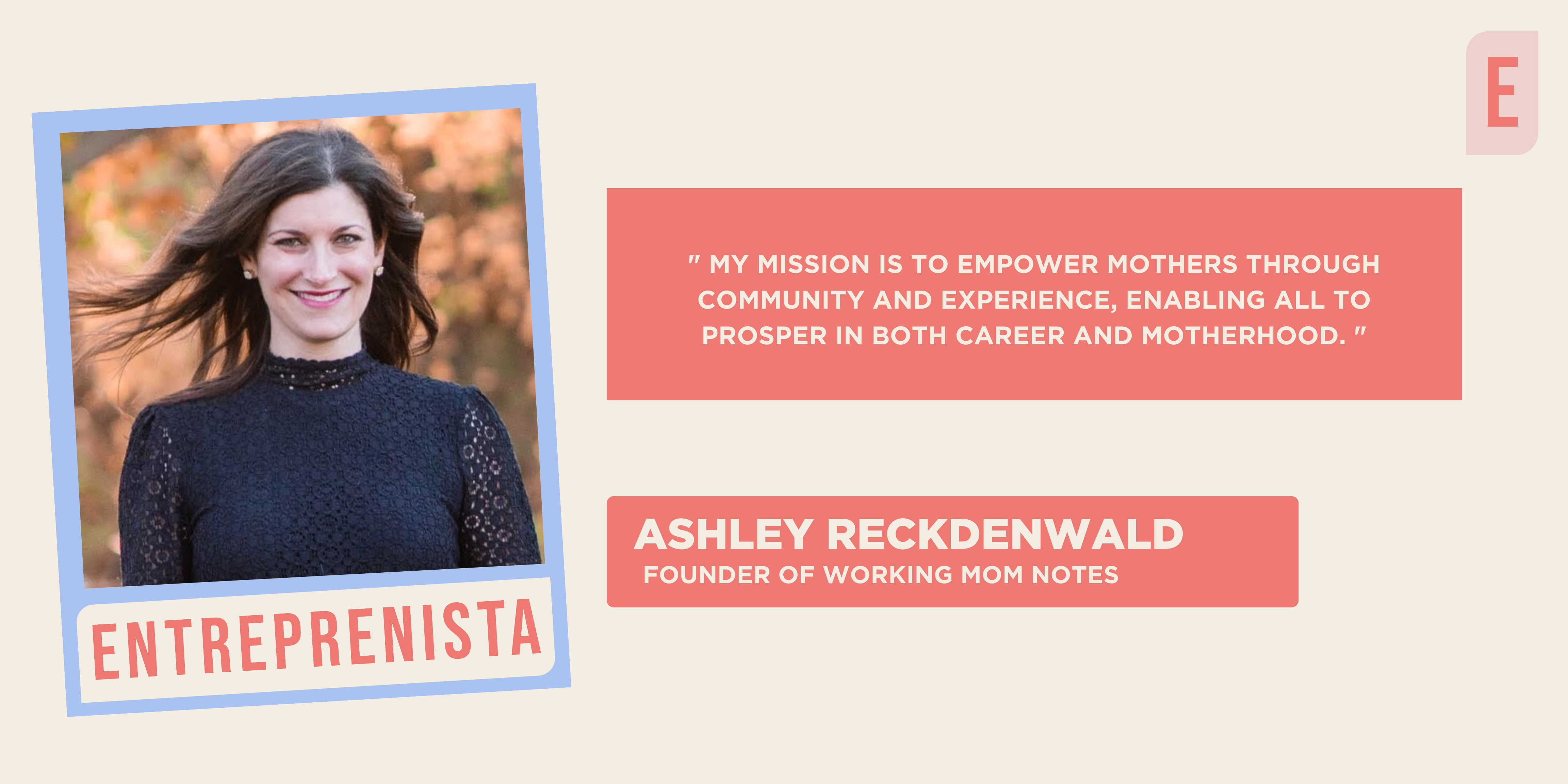 Ashley Reckdenwald, Founder of Working Mom Notes, on her mission as a Mamaprenista

Describe your business in a few words: I am the Founder of Working Mom Notes. My mission is to empower mothers through community and experience, enabling all to prosper in both career and motherhood. I believe in moderating difficult conversations to help women feel seen and heard. What was your background prior to starting your… 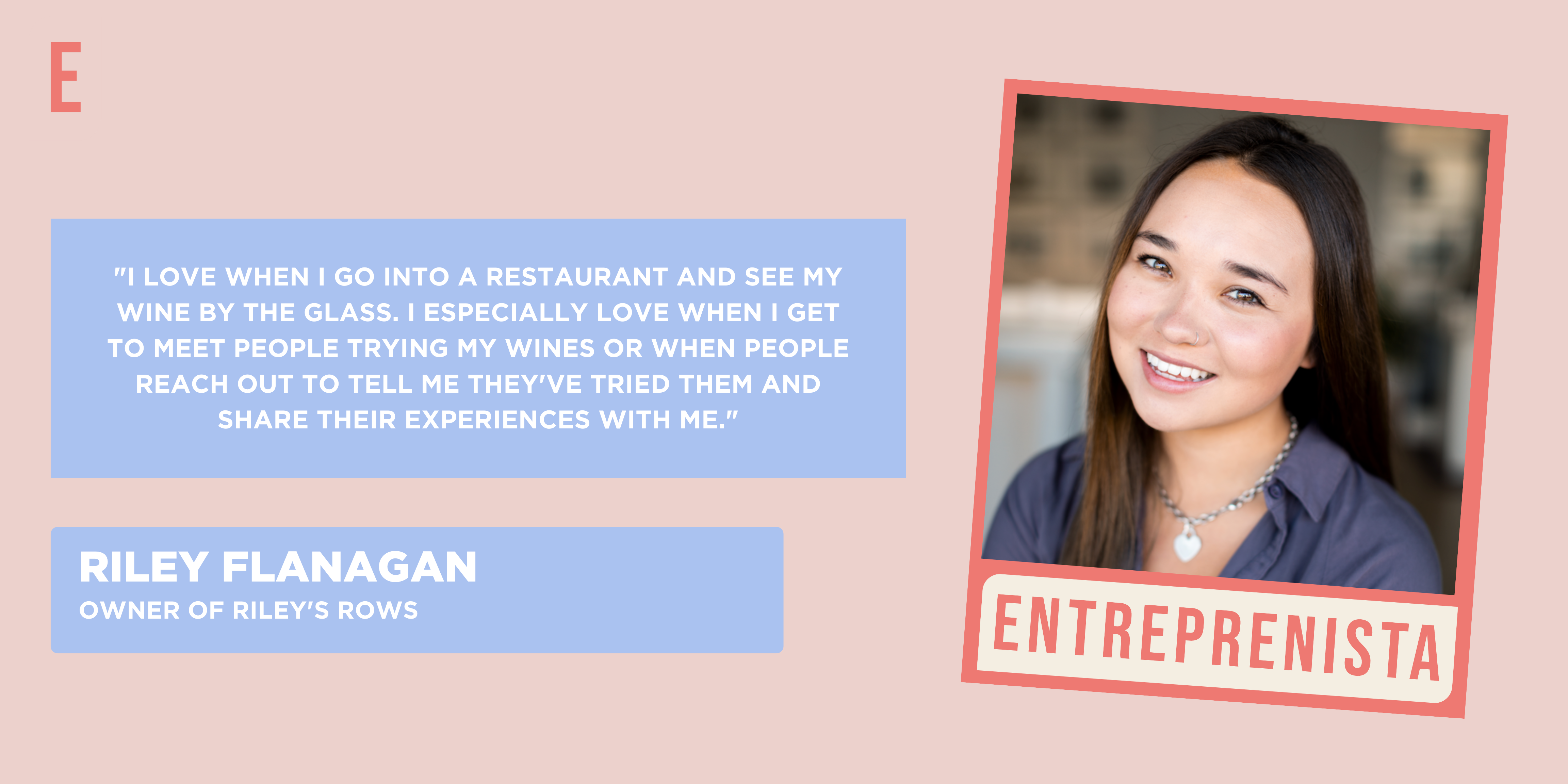 Describe your business in a few words: When I was four years old, Dad and I had our first harvest. I came home and knew I wanted to be a winemaker. I have loved growing up in this industry and I started Riley’s Rows as a way to share wines with people. My mission is… 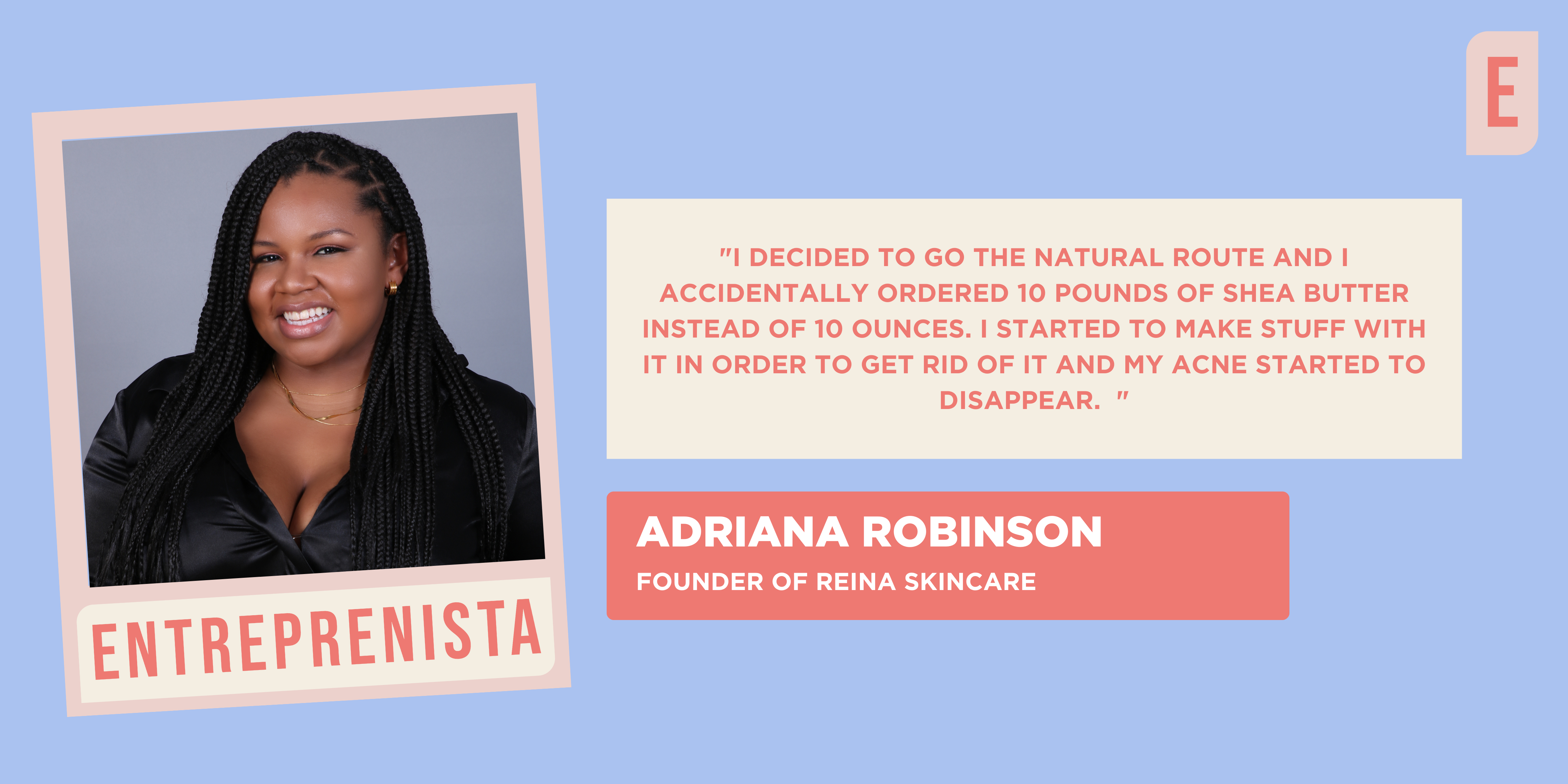 Adriana Robinson, Founder of Reina Skincare, on her “accidental” success as an Entreprenista

Describe your business in a few words: My name is Adriana Robinson. I started this business in 2018. I was suffering from Acne all over my body and the products in store were not working for me. I decided to go the natural route and I accidentally ordered 10 pounds of Shea Butter instead of… 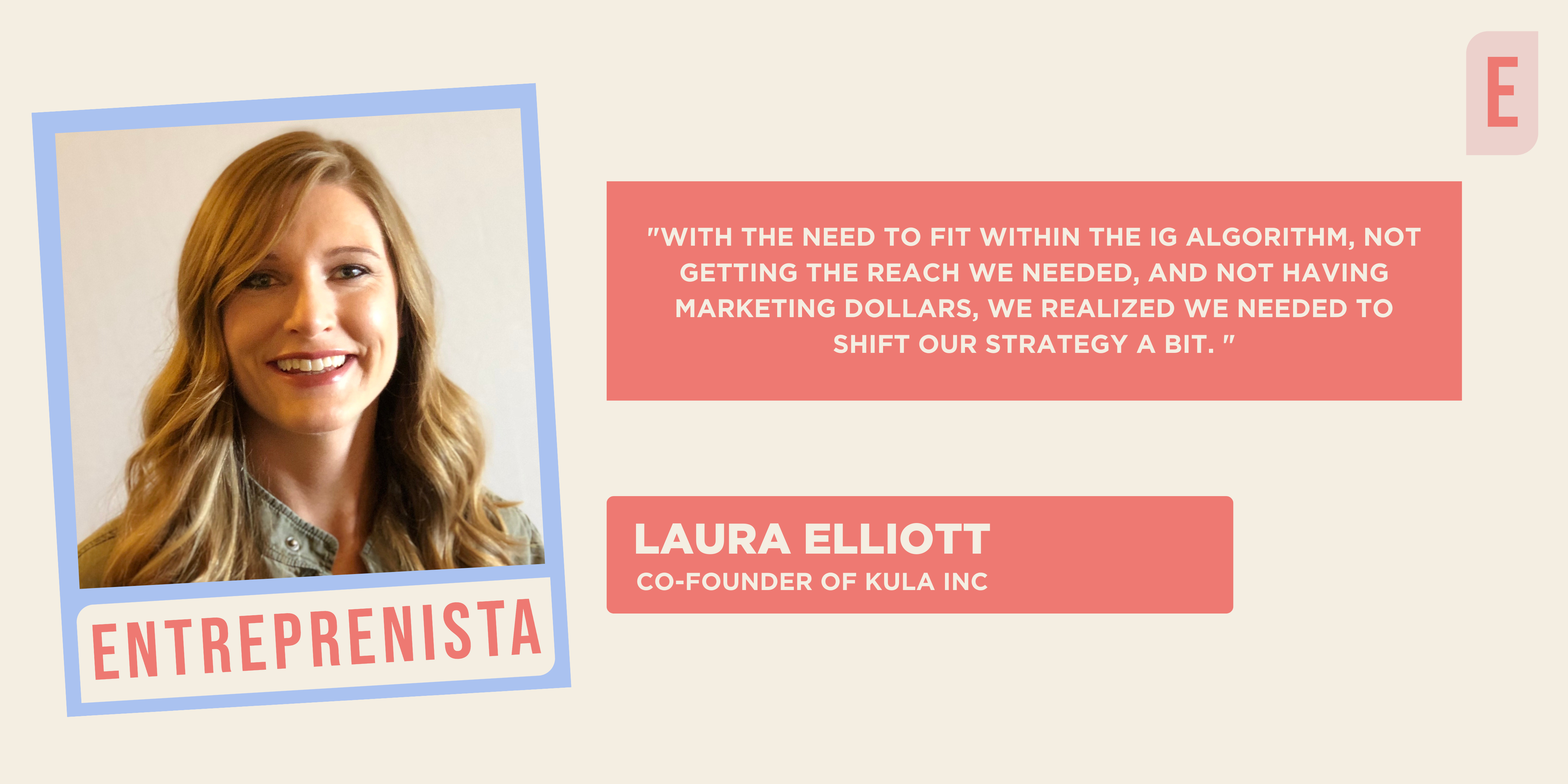 Laura Elliott, Co-Founder of Kula Inc., on taking the leap to launch a podcast

Describe your business in a few words: I am Laura Elliott the co-founder of Kula Inc. Kula is transforming the way moms receive support with a membership-based platform that allows moms to book 1:1 virtual sessions with a network of maternal wellness experts, including sleep consultants, counselors, career coaches, nutritionists, and more. What was your… 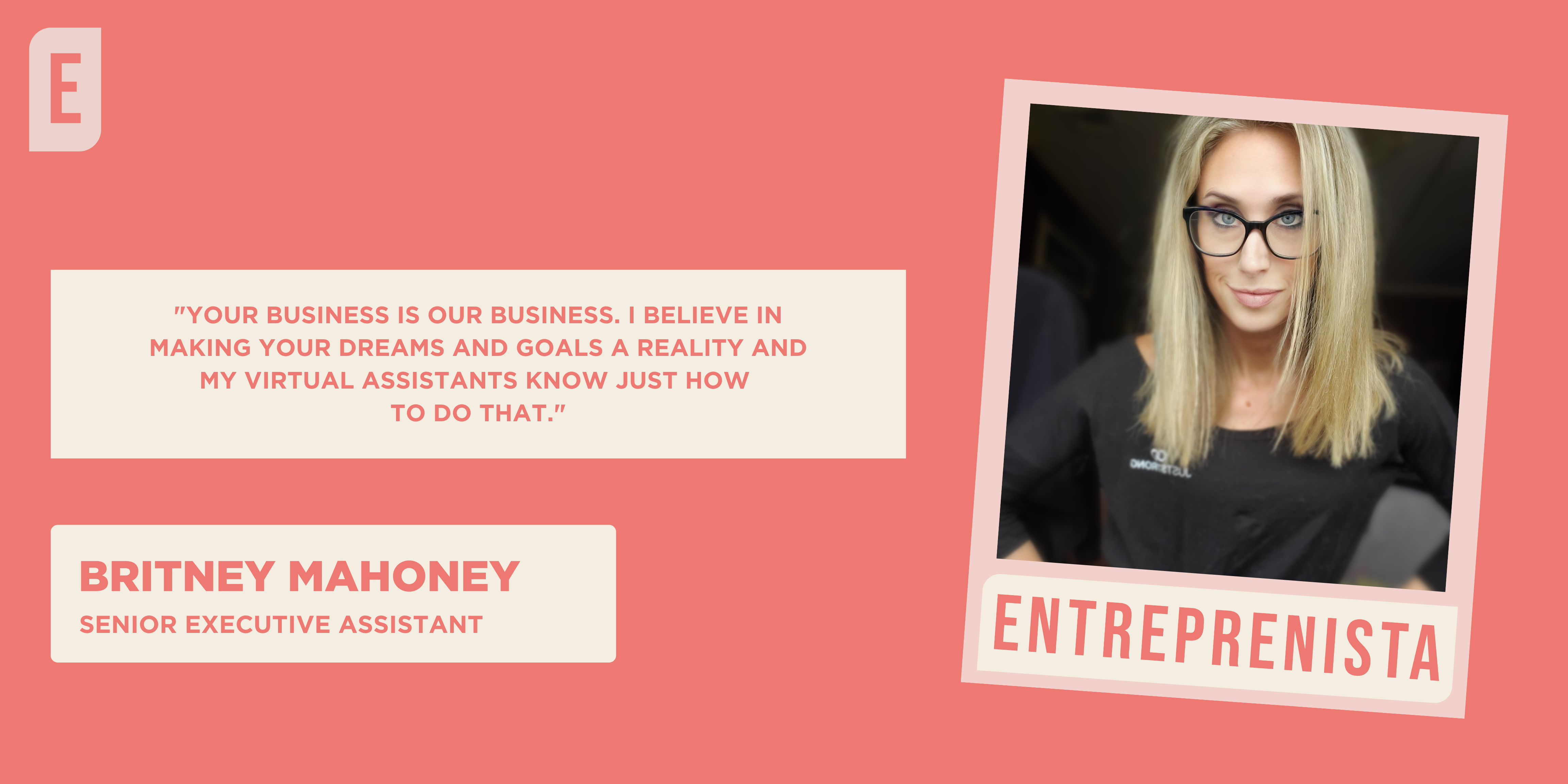 Describe your business in a few words: As an 18-year highly experienced executive assistant with a diverse background in providing support to senior-level officials through in-person and virtual settings. Your business is our business. I believe in making your dreams and goals a reality and my Virtual Assistants know just how to do that. We’re… 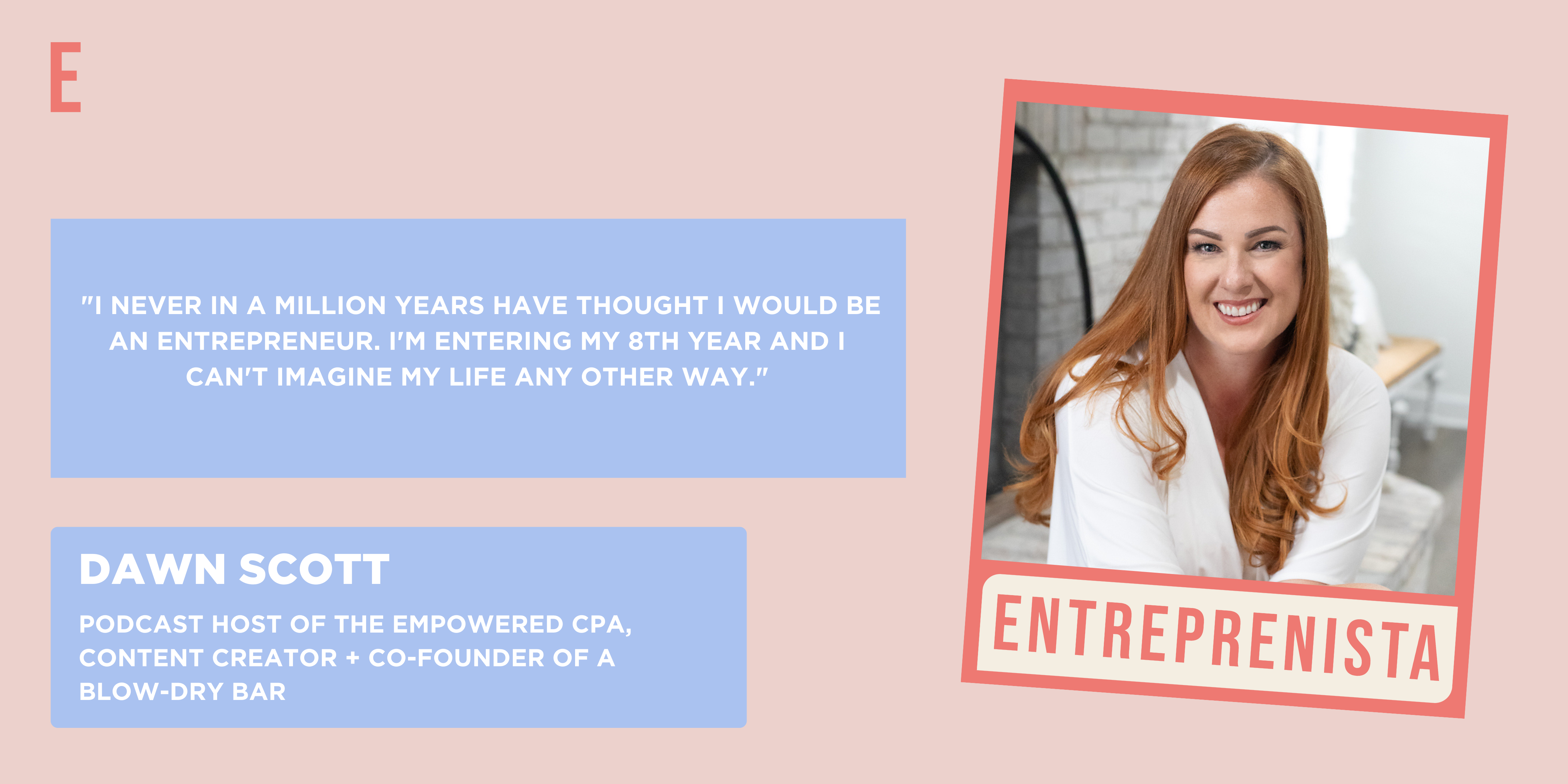 Dawn Scott, Host of The Empowered CPA, is educating Entreprenistas with her curated courses

Describe your business in a few words: I am a CPA, podcast host, digital content creator, and co-founder of a blow-dry bar. What was your background prior to starting your own business? I worked for boutique accounting firms, a publicly traded utility and high net worth trust companies. Did you always know you wanted to… 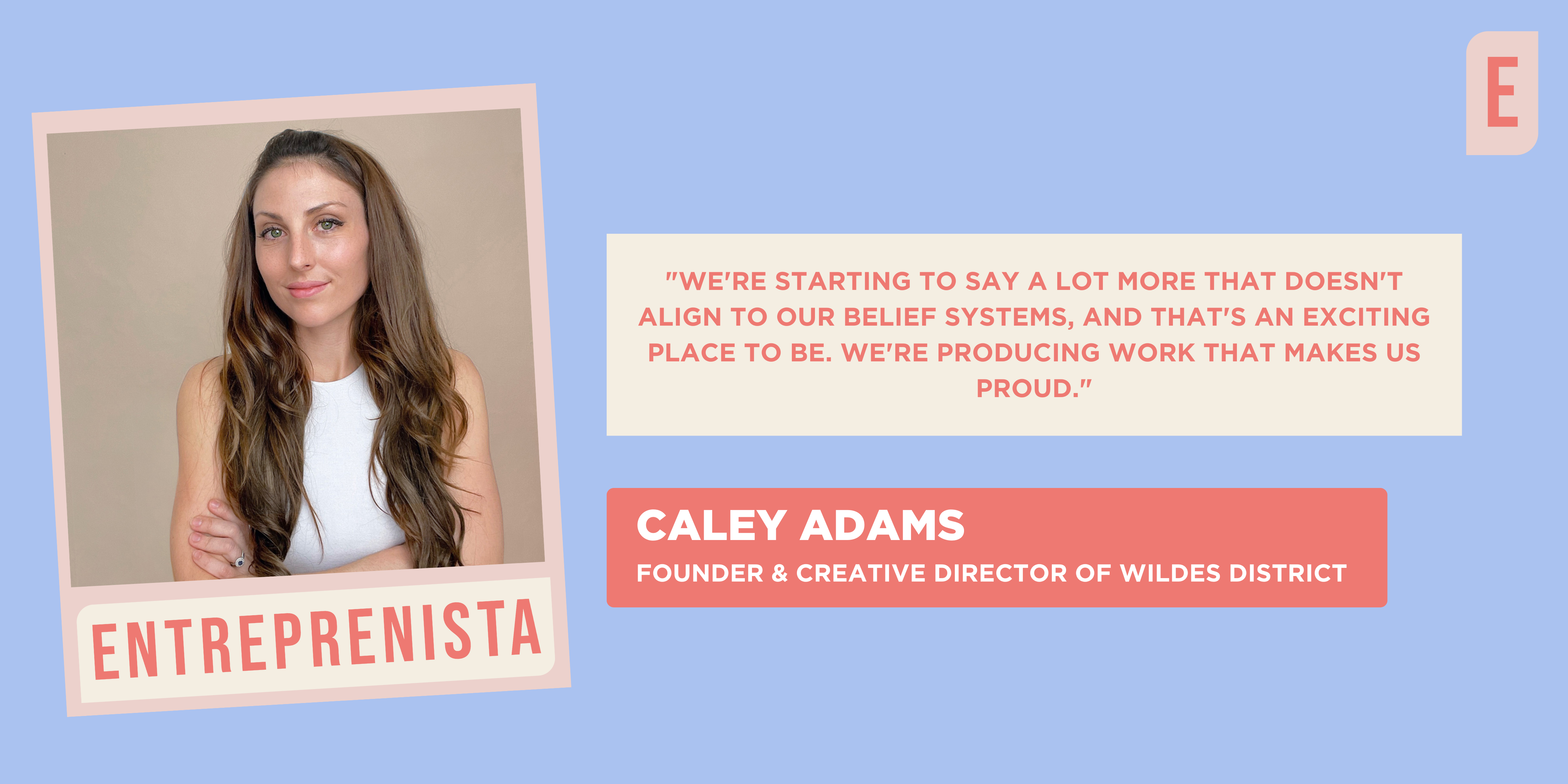 Describe your business in a few words: Caley Adams is the Founder & Creative Director of Wildes District, an NYC-based design studio that specializes in emerging women’s and e-commerce brands. Wildes District works closely with founders to build meaningful experiences that span multiple touchpoints — including brand, web, app, print, packaging, and more. Caley has… 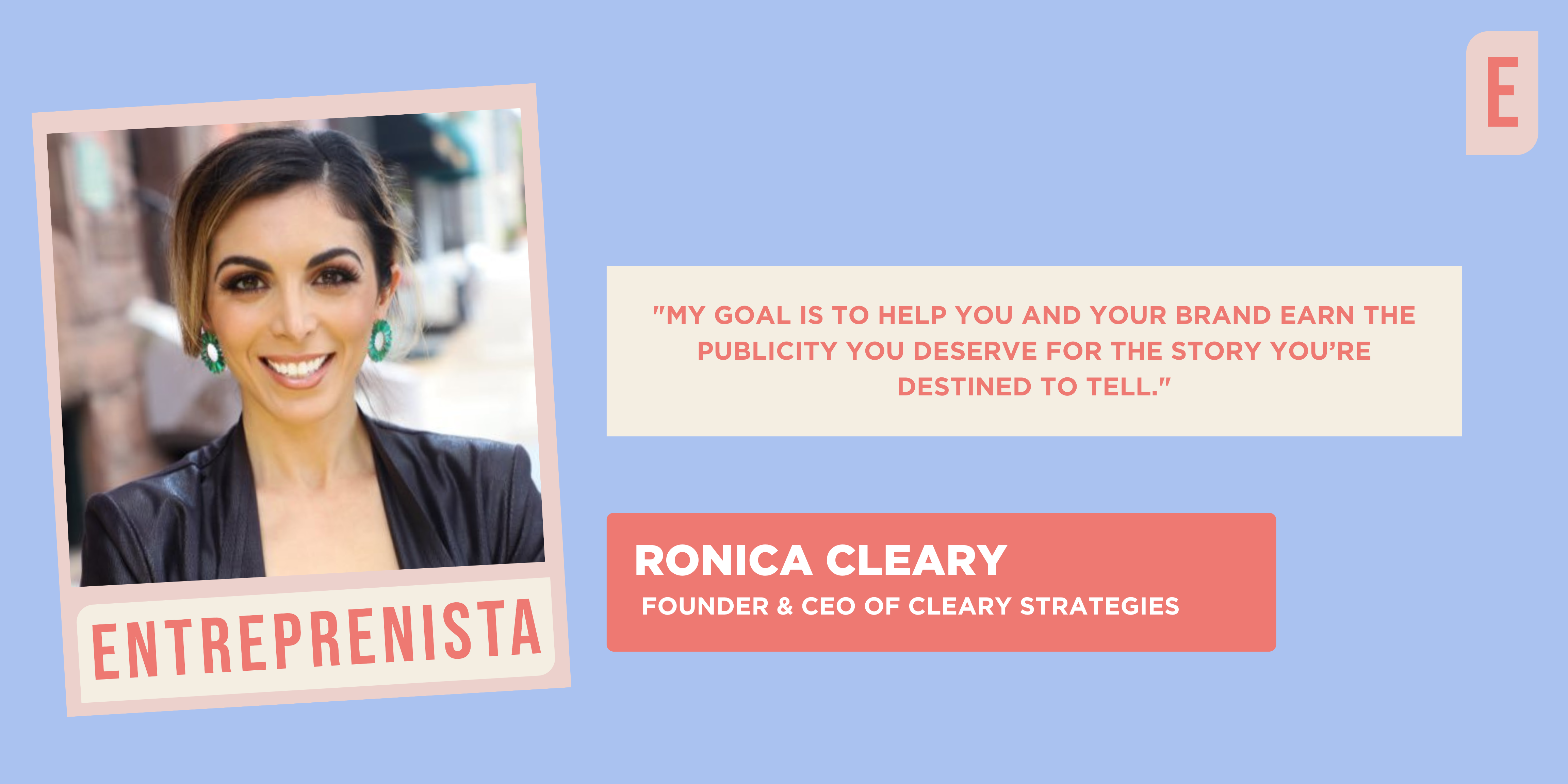 Describe your business in a few words: I launched Cleary Strategies to provide public relations, media placements, & crisis management to leaders and corporations. I’m a former television journalist who most recently worked as a White House Correspondent and hosted a weekly political talk show for WTTG Fox 5. My goal is to help you… 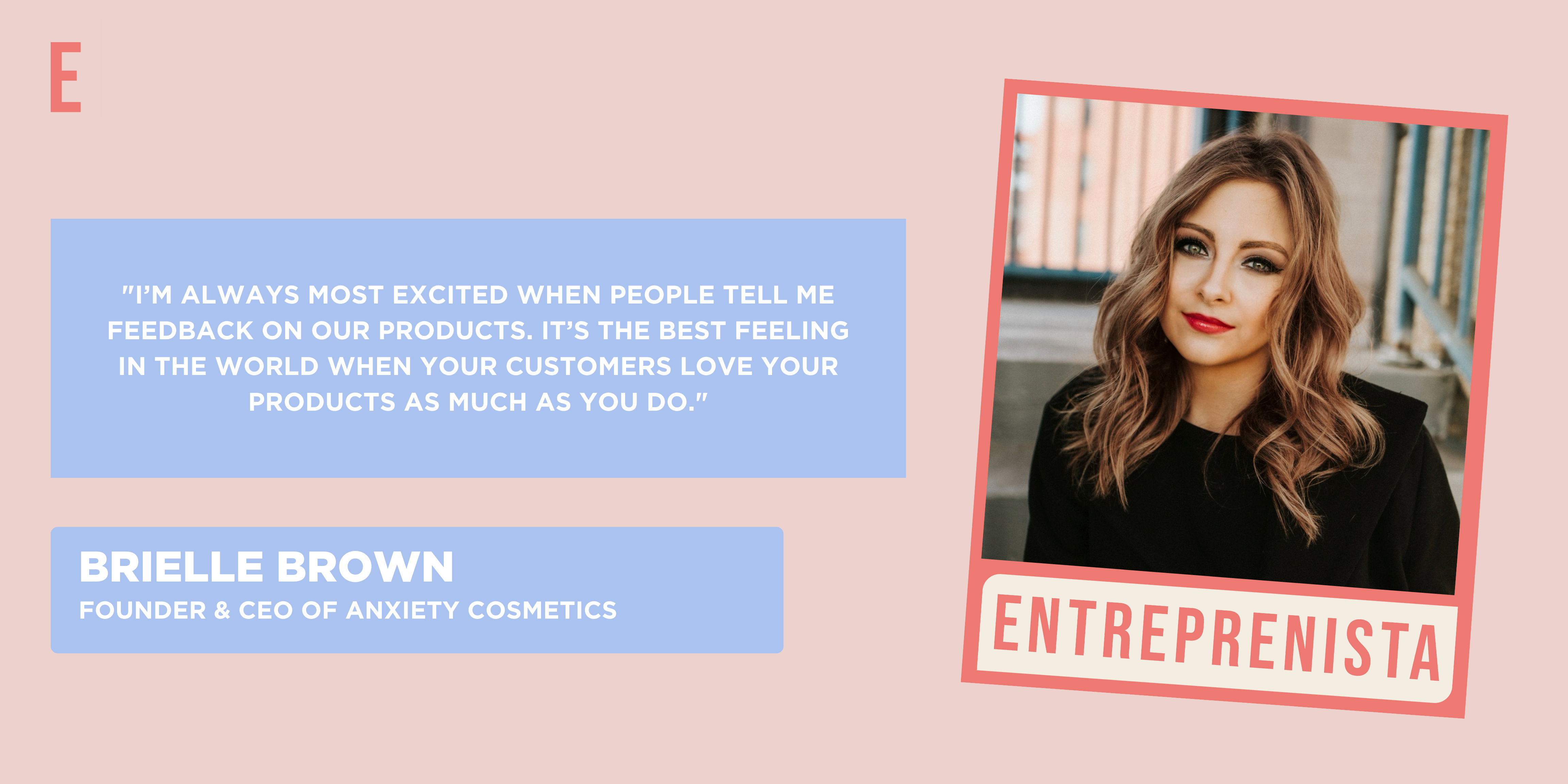 Describe your business in a few words: I am the Founder & CEO of Anxiety Cosmetics! We are a Clean Beauty Brand Specializing in CBD Infused Cosmetics. BRAND STORY: The story starts a few years back when I was eating CBD gummies before bed due to my own Anxiety. I would toss and turn at… 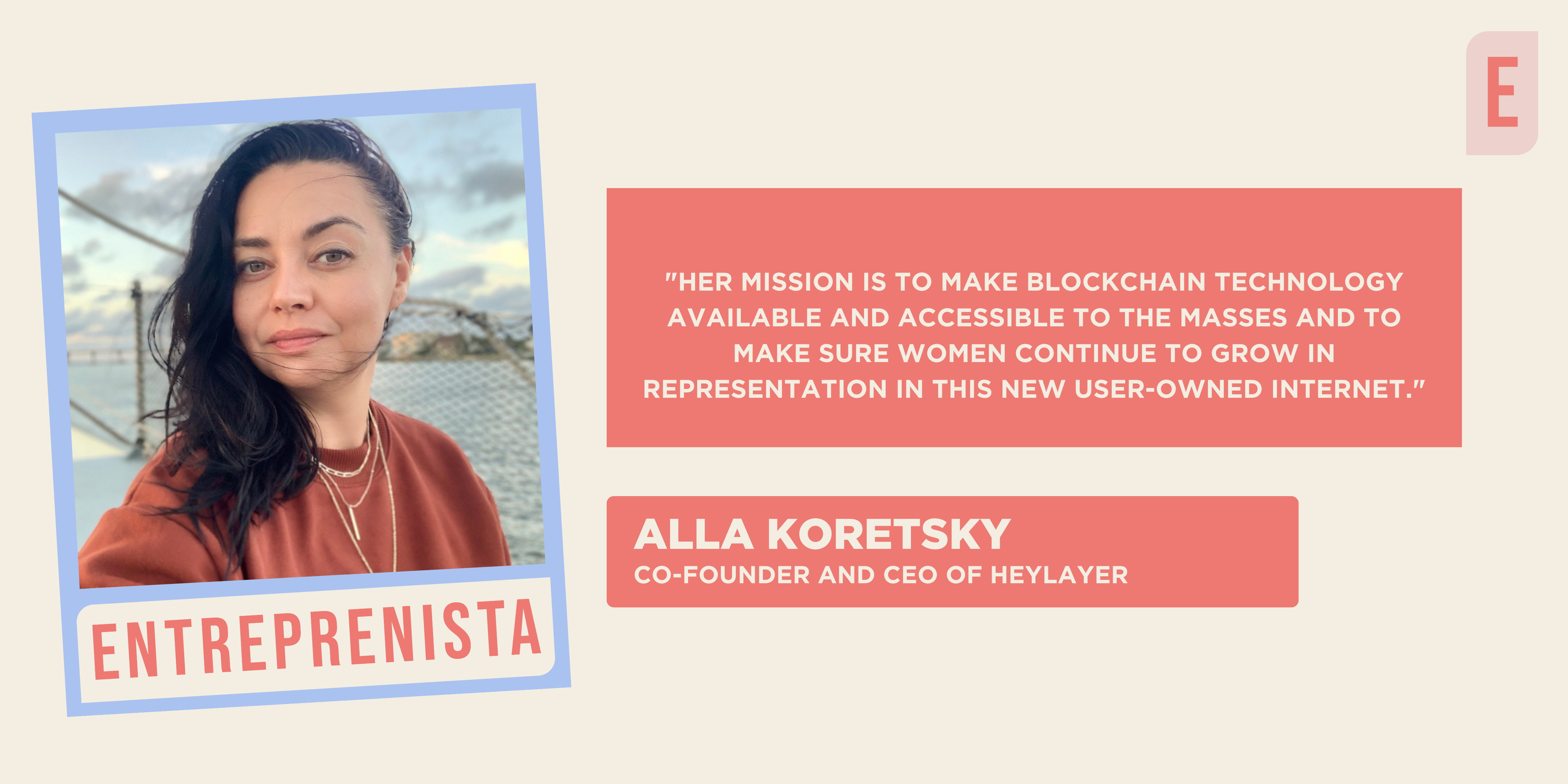 Describe your business in a few words: Alla Koretsky is Co-founder and CEO of HeyLayer – the one-stop NFT management solution to help brands transition into web3.Before founding HeyLayer, Alla spent over 15 years working as a buyer in luxury fashion, E-commerce, and subscription business startups, bridging gaps between branding, marketing, and product development. Her… 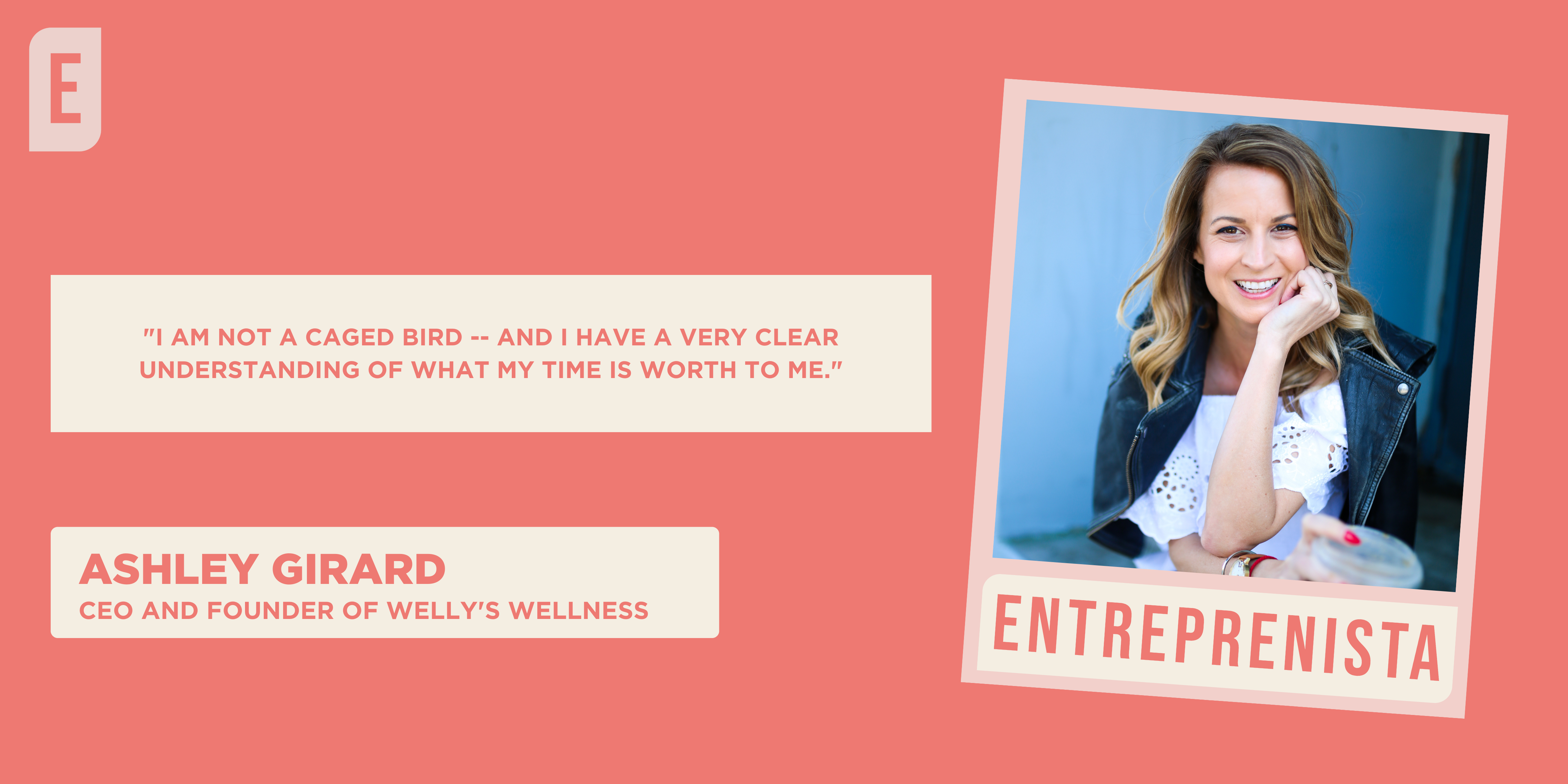 Describe your business in a few words: Hi, I’m Ashley Girard — CEO and Founder of Welly’s Wellness. We sell prepackaged snacks, drinks and on-the-go essentials, as well as salads, fresh pressed juice + shots and more! Think of us like a healthy 7-11, but on wheels (and way cuter!). We also launched an MVP… 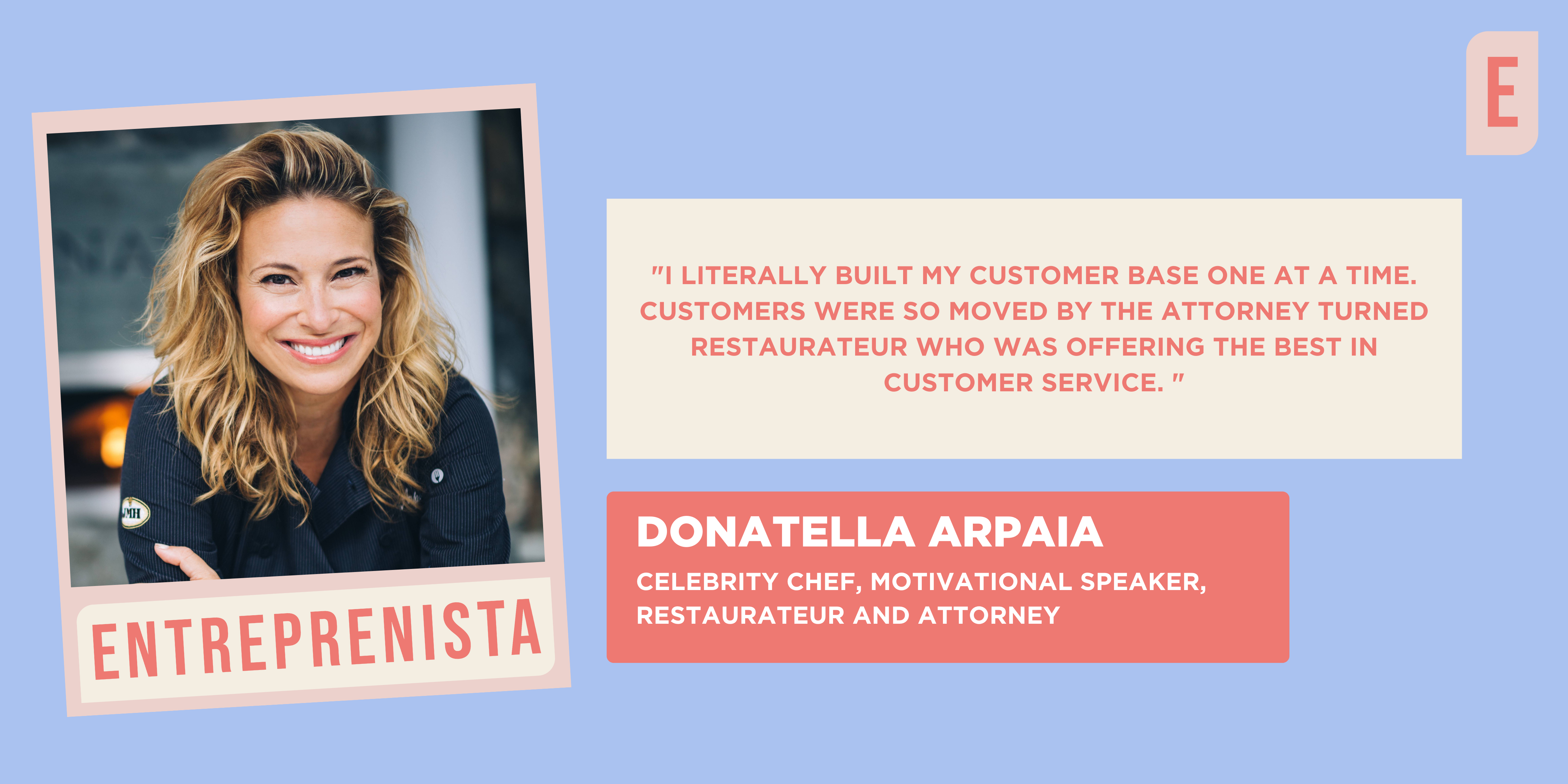 Describe your business in a few words: Donatella Arpaia is a serial entrepreneur, trailblazing attorney turned restaurateur, celebrity chef, cookbook author, motivational speaker, brand ambassador, and mother. Donatella is best known for her recurring role as Head Judge on Iron Chef America. What was your background prior to starting your own business? My background was…
Get our 2021 Holiday Gift Guide Digital Download!

GET OUR HOLIDAY GUIDE HERE 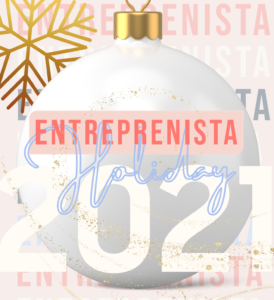